Share
At Juiced Bikes, we believe the best view of unique sights and cities in the United States of America comes atop two wheels. From coast to coast, the U.S. boasts hundreds of thousands of miles of trail built for those who love to explore the great outdoors. Whether you enjoy a leisurely pedal on paved paths, or if you're an adventurous rider who'll tackle any terrain, we've gathered a list of what we believe are the best places to ride bikes around the country.

In no particular order, these 20 cities are perfect places for Juiced Bikes to cruise and for you to soak up the amazing culture, history and natural beauty our country has to offer.

Minnesota has two bicycle-friendly cities right next to each other — Saint Paul and Minneapolis — both featuring dozens of parks and trails for riding year-round. Due to changing terrain and routes that weave throughout natural and industrial spaces, the trails throughout MSP are perfect for versatile Juiced Bikes.

Seattle, which regularly ranks as one of the best cities for biking in America, is no stranger to cyclist culture. With so many riding amenities specifically geared to bikers — bike lanes, traffic signals and bike-sharing programs — the Emerald City presents an incredible urban riding experience.

Portland, another Pacific Northwest destination perfect for Juiced Bikes, is a bicycle-friendly city for many reasons. Along with bike lanes, bike sharing and miles of multi-use trails, the city's support of riders on two wheels even extends to the airport. You can access PDX via the regional trail system, park your bike at the airport and even have it assembled and repaired at one of their airport bike stations.

With more than 85 miles of paved trail and hundreds more unpaved, the Mile-High City is one of the best places to ride bikes in Colorado. The increase in elevation gives visitors a heart-pumping, exhilarating ride with amazing mountainous views.

Juiced Bikes builds e-bikes for the long haul, which is why we love riding them through Chicago's massive landscape. Cruise past both a sprawling urban and natural areas as you ride in and out of city limits.

Everything's bigger in Texas — that's why Juiced Bikes feels so at home on Austin's long trails that transverse wide-open spaces. Austin is one of the best cities for biking in the Lone Star State, and their burgeoning bicycle revolution makes it one of the growing bicycle-friendly cities to visit. Louisville is a foodie's paradise, and with the city's focus on improving bike lanes and amenities for cyclists, it won't be long until others discover just how spectacular of a city Louisville is for riding bikes. With trail systems weaving you in and out of the city — and state — Louisville is one of the lesser-known bicycle-friendly cities to put on your list.

The hilly streets of San Francisco are beautiful, and thankfully, the city has made a great effort to place importance on cyclists. Over the last decade, major improvements have made San Francisco a bicycle-friendly city that welcomes Juiced Bikes.

Immerse yourself in history with a bike ride around our nation's capital. Washington, D.C., may not have a reputation as the best place to ride bikes, but we assure you exploring this historic district on a Juiced Bike will give you a unique opportunity to see and experience the District of Columbia in ways you never will while stuck in traffic.

New England is a fantastic place to explore on your Juiced Bike, and we believe Boston should be one of the destinations at the top of your list. Along with a high percentage of residents making their way from point to point by bike, Boston is becoming more of a bicycle-friendly city by the day.

If you're scratching your head wondering why Idaho made this list, you're clearly unaware of the near-limitless outdoor recreation opportunities within state lines. Boise is an exceptional place to ride, as it's only a short distance from the center of town to amazing trailheads and pathways.

Pittsburgh is now becoming one of the best cities for cycling, thanks to its exponential rise in cyclists over the last few years. The trail systems throughout the 'Burgh, used both for recreation and commuting, make it one of our favorite places to take our Juiced Bikes. There are many bicycle-friendly cities in Ohio, like Columbus and Cleveland, but our favorite is Cincinnati. Cincy has an interesting bike culture — while some people won't use their bikes as their primary mode of commuting due to weather, many will still use it for recreation and running errands, even during the colder months. The all-weather versatility of Juiced Bikes makes conquering Cincy on two wheels a breeze.

The City of Brotherly Love has dozens of bike routes to choose from, even though at first glance, it may seem like its narrow streets are not welcoming to Juiced Bikes. The bike and buffered lanes throughout the city will lead you to amazing trails that will help you burn off all those cheesesteaks you'll eat.

Believe it or not, you need to venture into the desert to find the best bicycle infrastructure in the country. Tucson has over 700 miles of trail designated for bicycle use, with plenty more just outside of city limits.

If you're looking for some of the best biking trails in the U.S., look to Zootown. Missoula is an extremely bikeable city with plenty of trails to choose from. Between the wide-open skies of Montana and the open pathways of Missoula, you'll feel free as a bird on your Juiced Bike.

Don't let the flat landscape of Florida fool you. Plenty of gorgeous places across the state offer a heart-pumping ride. Gainesville is a college town that is also proud of its cyclist culture.

Des Moines is well on its way to becoming one of the best cities for cycling. After pledging millions of dollars to an overhaul of the city's streets that will make riding safer, the city of Des Moines is looking forward to a healthier bike culture that offers some of the best places to ride bikes in the Midwest.

Many people regard the Big Apple as one of the greatest cities in the world, and surely it's no surprise that it's also one of the best cities for biking in the United States. With so many boroughs and neighborhoods to explore, an endless ride atop your Juiced Bike will help you discover all of the hidden gems in New York City.

Riding a Juiced Bike is a breeze in the Big Easy. Although commuting via bicycle is common, only recently has there been a movement for more bike-friendly changes to the city. New trails are connecting various parts of the city from end to end, giving you the exciting opportunity to be one of the first to explore these new paths. Juiced Bikes: Riding Through the United States One City at a Time

Our country has incredible cities from coast to coast that are waiting for you to explore. Grab your Juiced Bike and go wherever the road takes you. We built our innovative electric bikes to endure diverse terrain, so you can follow your path without limitations. Contact us to learn more about our new models, including the CityScrambler Electric Adventure Bike that will help you conquer every trail on this list!
Shop This Article 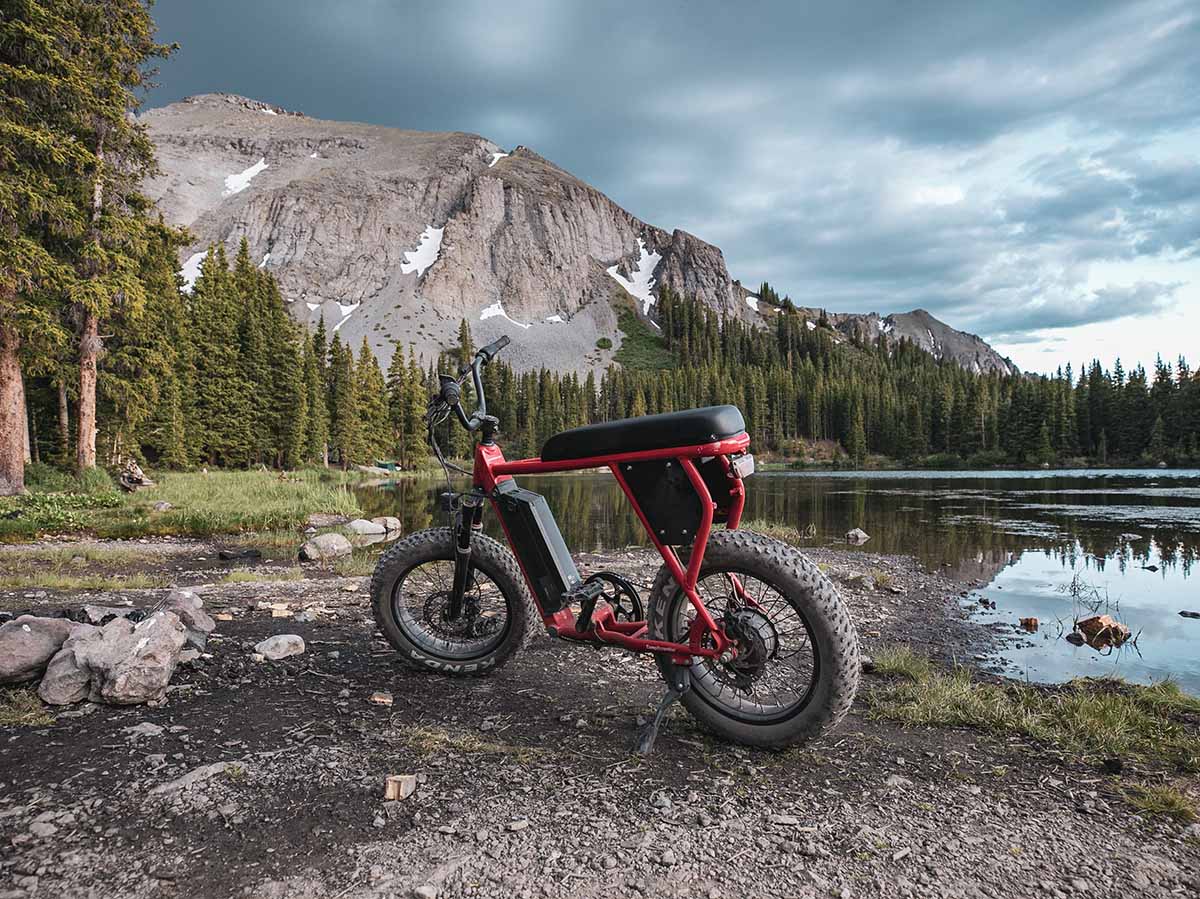