Riding with Juiced: Reclaiming the Road on an E-Bike

In our new blog series, Riding with Juiced, we’ll be sharing the incredible and inspirational stories of Juiced Riders. From the road warriors that have redefined their lives (and livelihoods) to enthusiasts who are teaching us a lesson or two about e-bike functionality.

It’s 2007, and Derek Monroe’s cruising along a South Dakota highway on his motorcycle -- not wearing a helmet or gloves. His only protective gear: a poor-fitting kevlar jacket. Traveling at 60 mph, the ride’s going smoothly until a car suddenly cuts him off. He loses control, falls off the chopper, rolls around on the pavement, and gets run over by an SUV. Yet Monroe somehow still survived -- later recalling the accident as “gnarly...I got really messed up. It’s a miracle I didn’t die.” A miracle, indeed. After recovering from serious injuries for six months, he still wanted to get back on two wheels. This time, however, he opted for a much safer alternative: an electric bike.. Before the accident, Monroe used to commute to work and elsewhere year-round on his bike -- even through blizzards. “It was fun, and at the time there weren’t a whole lot of people who did that,” says Monroe, who now resides in Santa Barbara, Calif. “So that made it even more appealing. Then I rented an e-bike maybe 10 years ago, for a ride in the Black Hills, and thought it was incredible. So I went out and bought an electric cargo bike -- I’m a single dad and wanted to haul my kids around. It was so much fun but just so big, and it didn’t have a throttle. I was looking for something sportier -- something I could have a little more fun on that was also practical for getting around.” That wasn’t a 6.5-foot-long cargo bike.

After researching available models, he landed on Juiced Bikes -- liking how the company owner Tora Harris is personally involved in all operation aspects, even in sourcing the components and overseeing the quality. “It felt really transparent,” he says. “Even though the bikes aren’t necessarily manufactured in San Diego where the company is based, it felt like a local company. And the bikes are cool. The CityScrambler is crazy cool -- I saw it, liked it, and was sure I could dial it in to be where I wanted it.” So he bought one -- noting how much it resembled a motorcycle. He rides it often and even takes his Doberman to safely trot alongside it -- using the throttle to go slowly and the hydraulic brakes to stop fast and smoothly for the dog, when needed.

“It’s just so much fun and it always turns heads,” says Monroe, who fully customized the bike with his own unique style including a fiesta-inspired seat. He not only enjoys riding it but also loves talking with people who are passionate and interested in it. Plus it’s provided a stepping stone to buying another motorcycle. “It’s tough to tell whether or not I picked the motorcycle I did because it reminded me of the CityScrambler, or if I picked the CityScrambler because I’ve always liked these motorcycles,” he says. “And this e-bike has that style. It’s been important in my life for a number of reasons.” The CityScrambler’s powerful 750W Bafang motor and MAG rims with slick city tires help blur the lines. “It’s a little more intense than a bicycle but is clearly not a motorcycle,” he says, adding that the danger of speed is still deceptively present. “Sometimes I’ll see people on e-bikes like mine flying down the street at 27 miles an hour and wearing a bicycle helmet, flip-flops and shorts,” he says. “And I get it because they think they’re on a bicycle. But if you get cut off or hit, get a flat tire and go down, you’re losing skin.”

Which is why he advocates safety for e-bike riders -- even claiming e-bike riders should perhaps consider wearing motorcycle riding gear that’s still protective but allows for more range of motion to pedal. He himself always rides his Scrambler wearing a full-face helmet, shoes, breathable motorcycle riding gloves, and long pants -- never shorts. He also took the Motorcycle Safety Foundation safety course again -- just to brush up. “I read a statistical breakdown and like 75 percent of injuries to the head in a high-speed crash are to your face -- that’s crazy,” he says. “In my motorcycle accident -- and because I wasn’t wearing a helmet -- when I went off the bike I covered my head with my hands and as a result lost all of my skin down to the bone on the backs of my hands. All of it. You use your hands for everything, and don’t realize how much you need them until they’re wrapped up in gauze for months of healing.” His other words of wisdom for fellow e-bike riders: Ride with other vehicles going your speed. If you’re in Eco mode traveling 12-13 miles an hour, hit the bike lane. If you’re in Race mode going 25-to-28 miles an hour, go with cars because even in the bike lane at that speed you’re at risk as car drivers aren’t expecting to have someone in the bike lane traveling as fast as them. And don’t let your children ride e-bikes on sidewalks -- if for no other reason than cars pulling out of a business driveway almost always pull up over the sidewalk before turning out. They’re not expecting someone coming from the side on the sidewalk at 20 mph. “It’s all about doing your best to navigate the road situation you’re in,” he says.

As Fall riding begins, be sure to brush up on your e-bike safety and check out our e-bike safety checklist. And if your Juiced Bike has helped you redefine your life, we want to hear about it. Share your experience on social media and tag us! 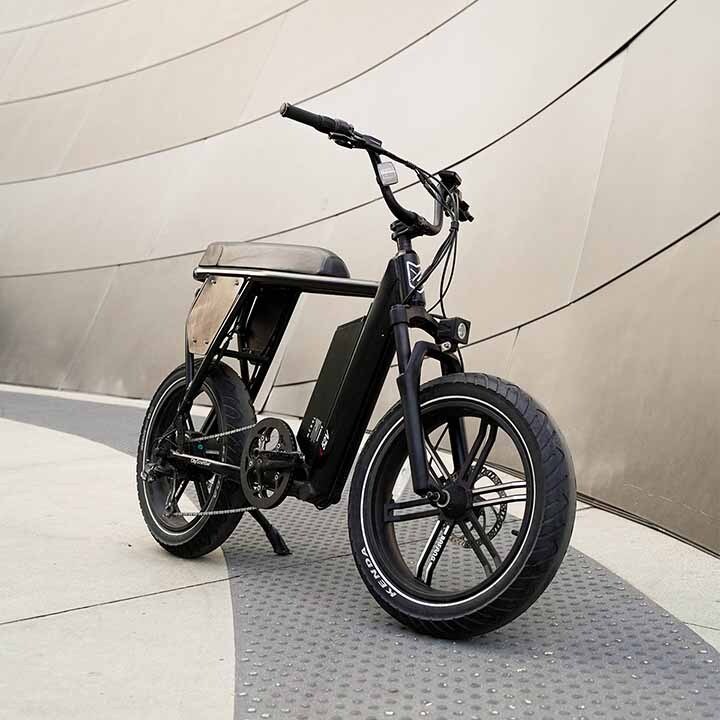